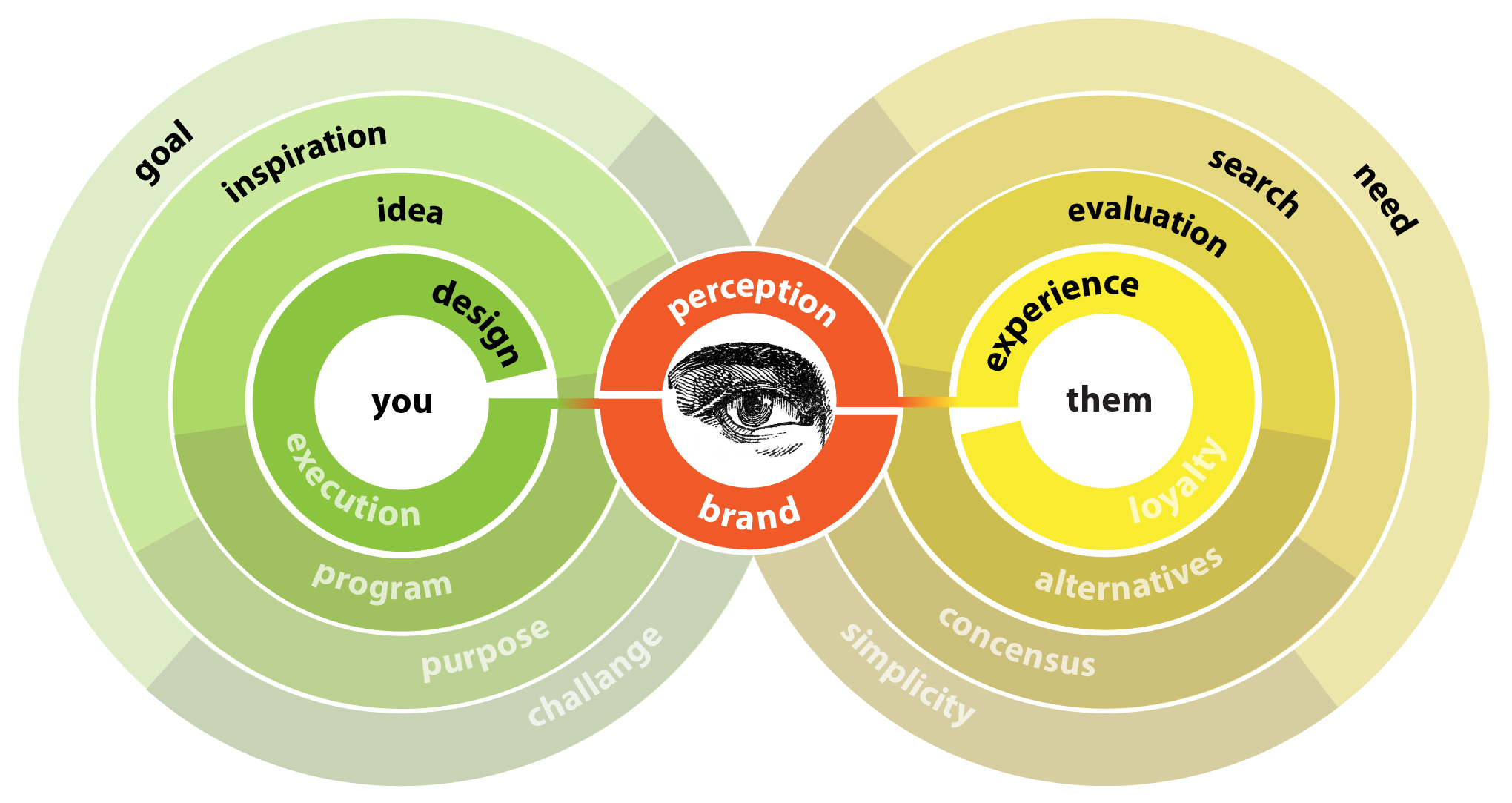 It strikes me as funny, that after having been a professional designer for my entire adult life, the realization that design is a perceived value has only recently come around full circle.  Its taken me this long to realize architecture is branding.

As I prepare notes for this paper I find myself blowing the dust off of various college stalwarts; Genius Loci and the obligatory papers by Heidegger regarding building. My head starts to spin. Not because it’s complicated, but rather by how off the mark they are relative to the world we actually inhabit.

The naturalness with which architecture and design need to speak, understand and practice persuasion (brand), lies at the heart of any real world design challenge; “how do we achieve the desired result?” Unless you are building a remote cabin for yourself, you will most likely want to solicit a particular response from others relative to your design. “It looks modern, it looks classical, it makes me feel …”.

Hence the real definition of a brand; it’s what others perceive your design to be, not what you want it to be. A brand is nothing more nor nothing less. Branding should not be confused with marketing and advertising; the latter are tools to speak about the product after the fact (or the design in our case).

An engineer needs to build a structure that will resist wind loads of x and allow floors to handle a live load of y. Either they achieve this or they don’t, and if they don’t they will be looking for a new job. Designers however, need to design a structure that is perceived in a particular way by many (…and to do so within certain constraints, ie. time & budget). If Designers do not achieve the desired perception, they too will soon be looking for a new job.

The pyramid of Giza is a great example of branding in architecture. “Do you Gods see me?” The 20 years and 4,000 slaves it took to build it was solely for that purpose, so that the perception of the Gods would be “wow, that’s an amazing tomb, that guy must be really important”. If the perception is any different, it is a total failure. A great design challenge would be, “can I get noticed by the Gods at fraction of that effort? I bet you there are plenty creative designers out there that would say “Yes! And I have an idea.”

You are designing to the desired perception. Perceived value = brand value.

Bernini, one of my favorite designers, was a master of branding. He understood that design is a perceived value better than anyone else from the Renaissance. While Michelangelo was busy saying that ‘David’ was inside the rock already and he had only to remove the access stone around it, Bernini was busy loading the fountain in Piazza Navona with metaphors. The result is a moment of pure design genius. Next time you are in Piazza Navona, stand behind the cowering Rio de la Plata figure as it faces Borromini’s church and see what you perceive. He did this again with the colonnade at St Peter’s Square, he liked Michelangelo’s dome but disliked Maderno’s façade which obscured it, so he pulled the center of the piazza back in order to reveal the dome. His design was directly connected to achieving the desired perception of “what a majestic dome” for the common man strolling to or through St Peters.

A more contemporary example is Philip Stark’s work, particularly the many hotels he did for Ian Schrager. The directive (desired perception) was very simple; make the guest feel like they are on a stage, that they are the starring actors. That was the desired perception, and boy did he hit the out of the park. If you were lucky enough to walk through the Royalton on 44th st in Manhattan before it was ridiculously remodeled, you would have felt exactly that way and it felt wonderful.

I mean no disrespect to Luis Kahn when he asks a brick what it wants to be, (…his answer; an arch) but isn’t a better question what the overall desired effect needs it to be? (…hardly on par with Kahn, but James Wine’s Best stores elicited a completely different result out of that same brick).

The veneration of architecture is not good for design, we should stop building monuments to the earth, the genius loci, the Phenomenology of Architecture, the earth doesn’t know, it doesn’t care, however we humans do know and we care. We are the “segment” that the added value proposition of design enriches.

So the challenge of design is intrinsically connected with the challenge of perception. Perception is what we believe something to be. For a designer its realizing that intangible value constitutes a greater part of overall value.

So before you pull out the sketch book, think big, think desired perception, think brand.