Good bye to a Great Idea

A great design sacrificed to the hotel renovation cycle. 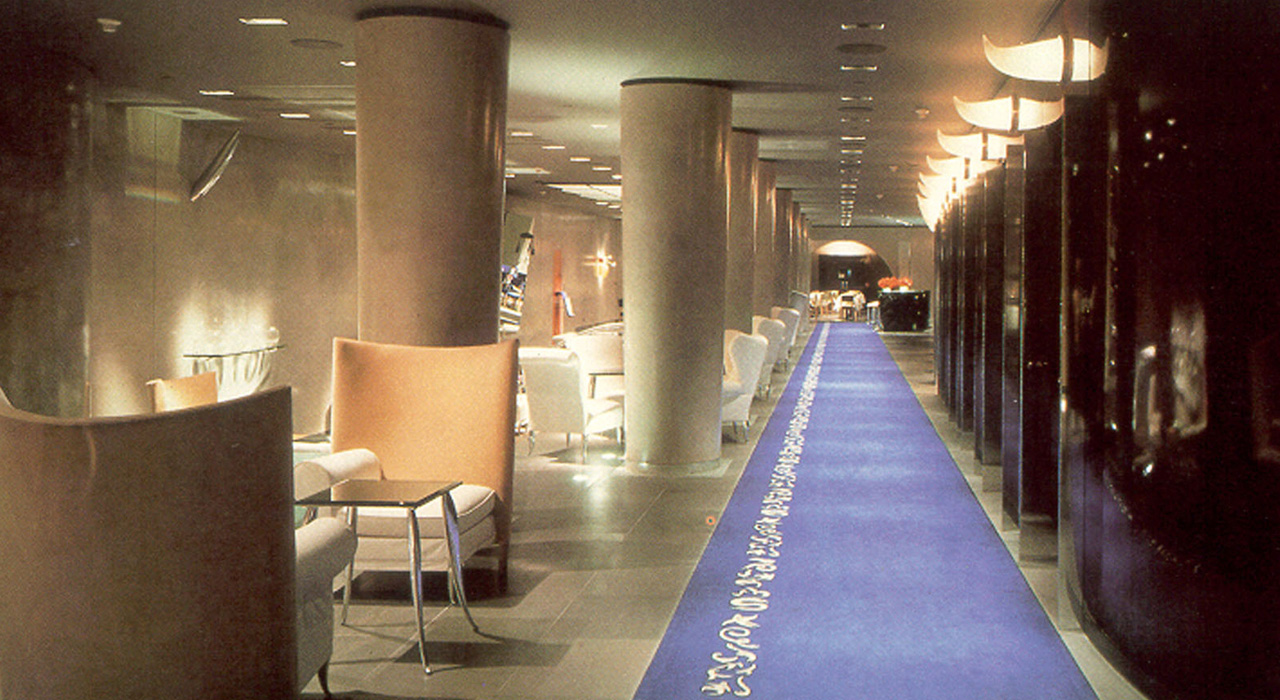 A very late postmortem to a great design idea

I realize I am woefully late to lament the Royalton’s remodeling, roughly 10 years too late to be precise, but sometimes it takes that long to feel the void of an idea.  While walking along 44th street last night it hit me how fortunate I had been to experience and enjoy The Royalton as designed by Philippe Starck.

Starck’s Royalton was a great idea and resulting design. I am not shacking my finger at Roman and Williams, I like what they did with The Ace Hotel, I am, however, bewildered and thoroughly disappointment at the decision from above to dispense with what was the idea behind the most clever and moving hotel lobby that New York City had seen.

Walking into Starck’s Royalton instantly transformed you into a star

It did so for no apparent reason other than everything around you was mischievously theatrical and you were nudged on to the stage as the main character.  In fact, it was more like being the Prima Donna for an opera for which Zeffirelli had designed the set. The idea was not to make you feel at home, but rather to take you on a journey while you were already on a journey.

It is a Hotel after all.

I am pretty sure that at the heart of the then nascent boutique hotel movement the operative word was the all-powerful ‘experience’, the ‘you haven’t seen New York till you’ve stayed at the Royalton’ sort of experience. And boy, did Starck ever hit that one out of the park.

Why is it then a foregone conclusion that the inevitable Hotel remodel cycle had to start from scratch?

Are you telling me that if Roman and William had been instructed to reimagine the original idea, to design their version of a mischievous stage set, that they would not have been able to do it?  I think they would have done a great job if that had been the directive, and more importantly the idea of The Royalton would have continued.

Unfortunately the new design succeeded in braking from what Starck had done and it is indeed twenty-first century ‘trendy’, so much so that if you travel from hotel to hotel often enough you would be hard-pressed to recall what it looks like. It hardly presents a new idea, and it is a far cry from the idea it replaced.

So now, when I walk down 44th st, I walk past The Royalton with a lump in my throat just thinking of what it once had been, and head straight to the Algonquin, which at least has an old story to tell.  I smile when I walk past the New York Yacht Club, it moves me enough to make me forget that there used to be a really clever space across the street.

Regrettably the new Royalton does not do anything for me

I can hardly explain how it’s different from just about any other boutique (or not boutique) hotel. The idea is now ‘high-end craftsmanship meets comfy homey’.  I assure you that if I want to feel ‘homey’ I will head straight for the Lincoln Tunnel or the Henry Hudson Bridge, otherwise in the city of dreams, bright lights and big dreams and all the other superlatives, I want to feel the spectacular and moved like no other place in the world.